Last month, a thirteen foot python was found in a Miami residential swimming pool. Occasionally, both wild and domestic animals find their way to swimming pools and pose a difficulty to both owners and swimmers. 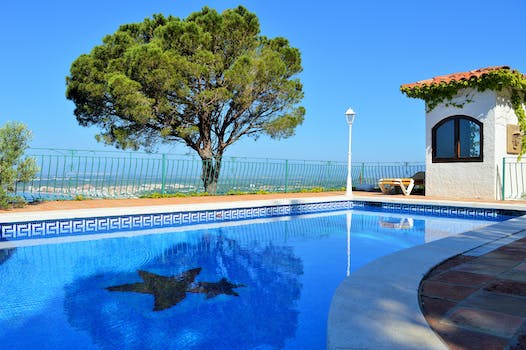 The Burmese python was spotted curled up in the corner of the pool and proprietor Suladie Miranda called 911. The snake was removed by Miami-Dade Fire Rescue’s Venom Unit. However, investigators guessed that this python particularly could have been an escaped exotic pet, meaning that this scenario is possible anywhere that pets are kept.

This is dangerous for a few reasons. First, what if the pool owners had jumped into the pool without surveying it? Relative to other snakes, pythons are docile, but they can be aggressive feeders. This threat is true for all kinds of predatory animals. Alligators and semi-aquatic snakes such as cottonmouths and pythons can occasionally be found in residential and commercial pools. Before getting into the swimming pool, scan it to make certain that no unwelcome guests have come for a visit. Check the filter, also, where smaller animals can end up.

A few years back, a neighbor’s pet buffalo was found wading in a Georgia man’s swimming pool. Other non-predatory animals frequently unintentionally fall into the pool, such as raccoons and opossums, and sometimes drown. These animals, occasionally, can be harmful, but another issue is contamination. These exceptional cases can upset the sanitation in a sense that the average pool owner doesn’t know how to fix.

If you find an animal in your pool, call the regional authorities or animal control. Attempting to fish it out yourself, even if it’s lifeless, can be risky.

The question is, how do you stop situations like these? One answer is a pool cover and gate. However, in the event of the Georgian buffalo, the animal broke through the cover, and, as found from the New Port Richie alligator pool invader last April, they can get through enclosures, too.

Another solution is a pool alarm. Pool alarms track the pool’s surface for disruptions. That means an alarm will sound anytime creatures enter the pool. This way, you will have the chance to find the animal removed before the pool gets contaminated even worse or until the animal becomes a security threat.

The alarm is not only good for preventing animals going into the pool but for unsupervised children and unwanted adults, too.